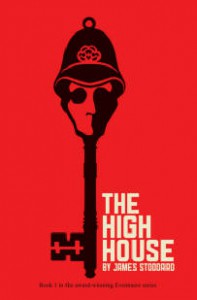 Originally published by Warner Books, The High House won the Compton Crook Award for best fantasy by a new novelist, and was nominated for several other awards.

Evenmere, the High House, a Victorian mansion of infinite size, is the mechanism that runs the universe—the lamps must be lit or the stars fail; the clocks must be wound lest Time cease; the Balance between Order and Chaos must be preserved or Existence crumbles.

When Carter Anderson finds himself Steward of Evenmere, he must learn—before it is too late—the  strange rules of the house, traveling its winding corridors and secret passages to the myriad countries lying within its walls. He has little time to act; the anarchists have stolen the Master Keys and are seizing control of the house. What he does will determine the fate of Reality. But his enemies are strong, and the Room of Horrors is never far from him. 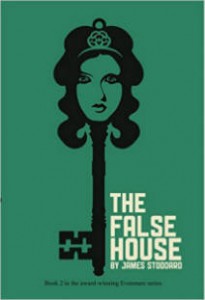 The infinite rooms, twisting corridors, magical chambers and secret passageways of Evenmere contain and protect all of Existence. But the mansion’s power has been stolen; now all within the High House are threatened by enemies hidden in the Outer Darkness. Evenmere’s young master, Carter Anderson, and his brother Duskin must challenge the False House, where a captive girl’s tortured dreams are turning reality into nightmare . . . 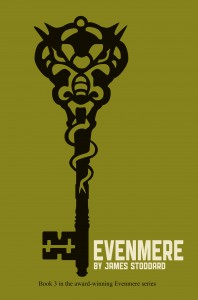 A new form of Power has appeared within the infinite corridors and rooms of Evenmere, a force so strong it destroys any who attempt to wield it. Unless Carter Anderson, Master of the House, can find its source, Evenmere, and the universe with it, will swiftly degenerate into an existence of eternal warfare and endless pain. He must act, while the life of his only son hangs in the balance. 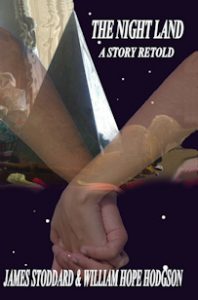 The Night Land, A Story Retold

An adventure of both science fiction and fantasy—one of the great love stories–this is William Hope Hodgson’s masterpiece, rewritten for the modern reader. Penned in 1912, The Night Land is considered by many to be a work of genius, but one written in a difficult, archaic style that readers often find impenetrable. As a labor of love, James Stoddard has rewritten Hodgson’s book to bring it to a wider audience.

The story opens in the 19th century, but quickly moves to the far future, where the sun has gone out, leaving the world in a darkness broken only by strange lights and mysterious fires. Over the ages, monsters and evil forces have descended to the earth, compelling the surviving humans to take refuge in a great pyramid of imperishable metal built in a miles-deep chasm. The monsters surround the pyramid in a perpetual siege lasting for eons, waiting for the moment when its defenses will fail.

But one man, born out of his time, must leave the pyramid to seek his long-lost love though all the perils of the Night Land. Also available as an audio book. 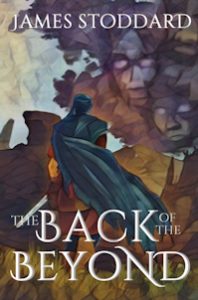 When Gray Darien’s love, Lady Tana, is kidnapped, he leads a warrior band into the realm of Faerie to rescue her. Among them, a Scythian mercenary, a shapeshifting Contessa, an American soldier from WWII, a woman created by enchantment—and a Faerie prince who wants Gray dead.

They enter Animonea, a land the Elf-King feared so much he raised a wall to keep its denizens out.

There, every animal, tree, insect, and bird possesses intelligence. Every object—swords, chairs, garments—can speak. Which creatures can they trust? Which merciless predators intend to destroy them?

Gray is soon embroiled in a war against an invading army of nightmarish, mechanical soldiers intent on eradicating the source of Animonea’s sentience. Unless he and his companions can overcome the designs of men, wolves, rivers, and trees, Animonea will perish, and Gray and Tana with it.

A novel both complete in itself and the first book of a series. To read sample chapters go here. 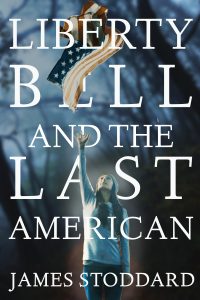 Liberty Bell and the Last American

Filled with quotations from exceptional Americans, here is a humorous and poignant celebration of America and its Constitution. For a list of quotations by chapter, go here. 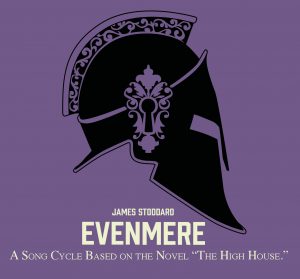 As some of you know, besides writing books, I’m also a musician and recording engineer. A number of years ago, I wrote an album’s worth of music based on my novel, The High House. At the time, I was raising my family, teaching fulltime, and writing books, so I tinkered with recording and producing the music off and on. Now that I’m no longer teaching, I’ve finished the album. Is it any good? Beats me. But it’s now available for download on iTunes, Spotify, Amazon, etc. Cover art by Scott Faris. Additional mixing and production by Chris Neal. To hear snippets, go to my Music tab.

The Perfect Day (1985 as James Turpin in Amazing Stories)

The Battle of York (July 2004 in The Magazine of Fantasy and Science Fiction.) Reprinted in Eos Books’ Years Best SF 10 and in Lightspeed Magazine (November 2013)